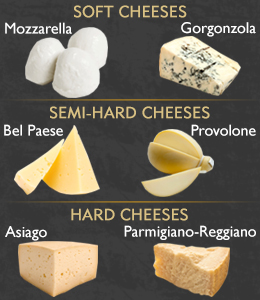 Cheeses are distinguished by flavour and categorized according to their texture. They differ from each other for a number of reasons, mainly arising through variations in the making process. Differences occur in the rind and how it is formed, in the paste and in the cooking process, relating here to both time and temperature. Also cheeses vary because the milk used comes from such different animals as cows, sheep and goats.

Cheese should be stored in a cool, dark place with good air circulation or in a refrigerator. If it is not covered in its original wrapping, it should be wrapped in either cling film or aluminium foil to prevent any drying out taking place. It should also be stored away from food items that absorb flavours/odours, such as dairy produce.

Dependent upon use, cheeses may be purchased either whole or preportioned. Depending upon the type of establishment, the latter is more often the case as there is less wastage and no loss in quality, flavour or aroma.

•The texture of a cheese depends largely on the period of maturation. The recognized categories are:

Ricotta: Italian cheese made from the whey of cow’s milk. A number of other Italian varieties are available made from sheep’s milk 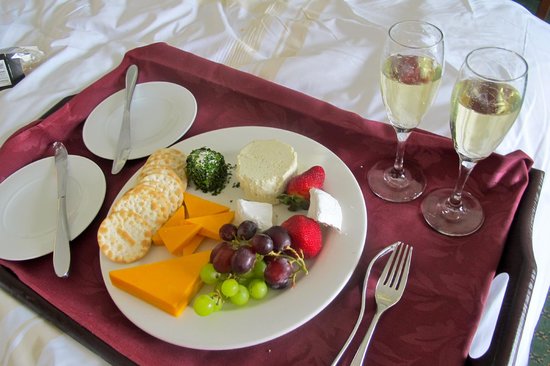 The cheese course is normally offered towards the end of a meal as an alternative to the sweet course. The cover to be laid is as follows:

In the service of this course the cover should be laid first and then the * accompaniments set on the table as follows:

The cheeseboard or trolley will be presented to the customer containing a varied selection of cheeses in ripe condition together with sufficient cheese knives for cutting and portioning the different cheeses. Recognition by waiter of all cheeses on the cheeseboard is of utmost importance.